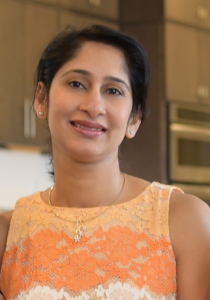 Dr. Abhi Rathi is the Franchise owner of Club SciKidz and Tech Scientific in Richmond, Virginia.  Abhi has a PhD in Molecular Biology from University of Pittsburgh and Masters in Biochemistry and Bachelors in Pathology.  After working in Academics and later in pharmaceutical industry, Abhi left the job market to concentrate on raising her young children. While working with her own children she realized an inner desire to teach them science and technology in a fun and interactive approach that would excite and engage them in learning and asking questions as how everything from living to non-living works and how we interact with machines. How chemicals behave and how certain math and physics principles can be applied to simple and complex tasks. She soon found herself thinking of empowering all other children with such enrichment and found a perfect partnership with Club SciKidz/ Tech Scientific.

Club Scikidz/ Tech Scientific franchise runs a well-balanced STEM based science and technology programs concentrating on Summer Camps, After School Programs and In-School field trips. Club SciKidz is a place “Where Science and Technology Connect”! Their unique set of programs engages every child in his age group to realize their true potential as a scientist or geek!

As a scientist, researcher and educator and as a mom with two young kids Dr. Rathi understands the fundamental building blocks of a successful science and technology program for kids and teens!

Science and Technology has never been this much fun!

About the Founders of Club SciKidz

Club SciKidz is the best place under the sun for extraordinary summers. Established in 1997, owners Bob and Sue Hagan have created one of America’s finest summer science and technology camps. 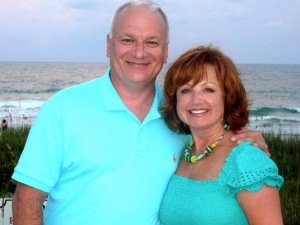 The original business operated under the name, Summer Science Day Camps, Inc., which is still the affiliate company name. Bob and Sue have a combined 30 plus years of teaching experience and both hold a Master’s Degree in Education.

As time progressed, additional age groups and science themes were added. Beginning in 2001, Camp Young Scientist was created to accommodate children ages 6-8. Each year additional Science Camp themes were added and there are now 42, and counting, offering exciting projects and experiments for kids ages 4-15!

In 2015, we added Tech Scientific to our name to reflect our new emphasis on technology camps. So now we are Club SciKidz/Tech Scientific.

We believe we have the most extensive science enrichment offering in the world. 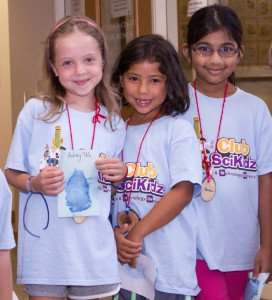 Our unique science programs are designed to meet the needs of children ages 4-15. Carefully researched science lessons help engage students in observation, measurement, identification of properties, and experimentation involving life, earth, and physical science concepts. Each unit is rigorously researched by science educators with the help of teachers and children. The results are lessons that students enjoy and genuinely learn from.